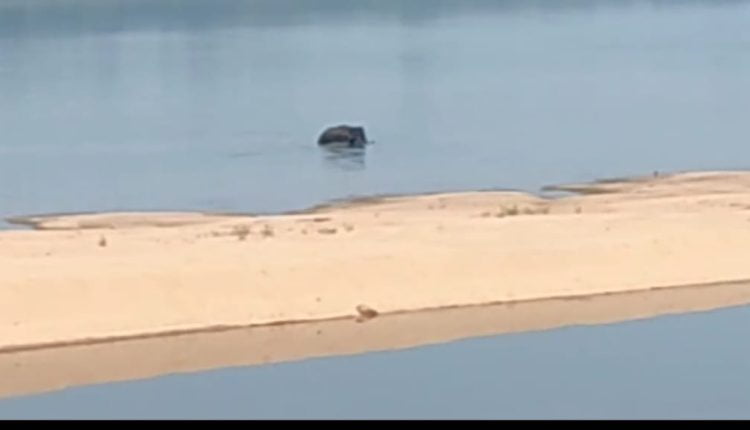 Cuttack: Two elephants spotted in river Mahanadi near Athagarh on Sunday morning are heading towards Brajabiharipur ghat and the forest officials are keeping a constant watch on their movement.

The elephants were spotted by some locals in the early hours of the day following which they informed the forest officials. The forest and police rushed to the spot and are keeping a vigil on their movement.

The forest officials  have been making announcements over public address system requesting people not to crowd the ghats and allow the elephants a safe passage.

It may be mentioned that every time elephants are spotted in the river, people crowd at the ghats or Naraj barrage to watch them, thus disturbing them.

Forest officials said the elephants are near Brajabiharipur ghat and once they reach there, efforts will be made to drive them into the jungle.

In September 2021, journalist Arindam Das lost his life while covering the elephant rescue operation. It was alleged that flaws in crowd management over the bridge and lack of strategy by the rescue team led to the tragedy. An ODRAF personnel also lost his life during the operation.