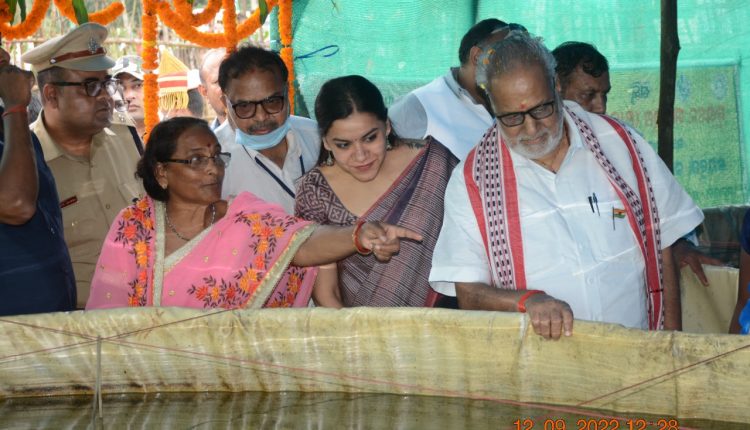 The Governor arrived at Rayagada on Sunday evening on his two-day visit to the district and made a whirlwind tour to different villages on Monday. His first stop was Dengasaragi village under Kolnara block where he was greeted with bouquets and cheers by the villagers.

He visited the farmland of the women farmers and discussed their farming methods. He also listened to their problems and suggestions patiently and assured them of looking into those. Then he went to the primary school in the village. He was greeted by schoolchildren holding National Flag on the way to the school.

Governor Lal then visited Deopur and Sarabuguda villages where he went around the poultry and mushroom farms of the tribals. He also attended a meeting of parents of the school students and villagers, where several issues were discussed.

Speaking to media persons after the visit, the Governor expressed his pleasure in interacting with the tribals. Calling the tribal women as ‘Adi Shakri’, he said he felt privileged to have come in contact with them.

The Governor was accompanied by Rayagada district collector Swadha Dev Singh during the visit.