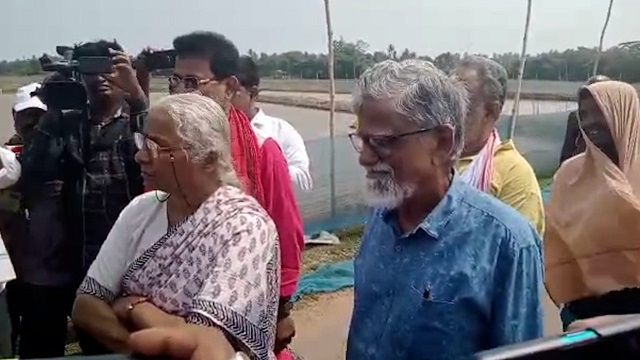 Patkar, accompanied by a few other people, returned after facing massive protests from villagers supporting a proposed JSW steel plant in the area.

She reportedly went to the village to meet the family members of activist Debendra Swain, who spearheaded protests against the steel plant. Patkar also intended to assess the response of villagers to the JSW project.

But villagers stopped her midway, telling her that they were voluntarily supporting the JSW project and didn’t want any more disturbance now from outsiders.

Swain was arrested in January this year after violent clashes between villagers and police over the issue. He has been in jail since.

Villagers, who are supporting the project, stopped her outside Dhinkia and did not allow her to proceed further. They accused her of creating differences among villagers and disrupting peace.

They told her that they have been provided timely compensation for betel vines which were removed and had been assured of employment.

Earlier in the day, Patkar met Swain in Kujang jail.

Teenager Saina Salonika Odisha’s Third Woman IM; Know Others To Get The Title