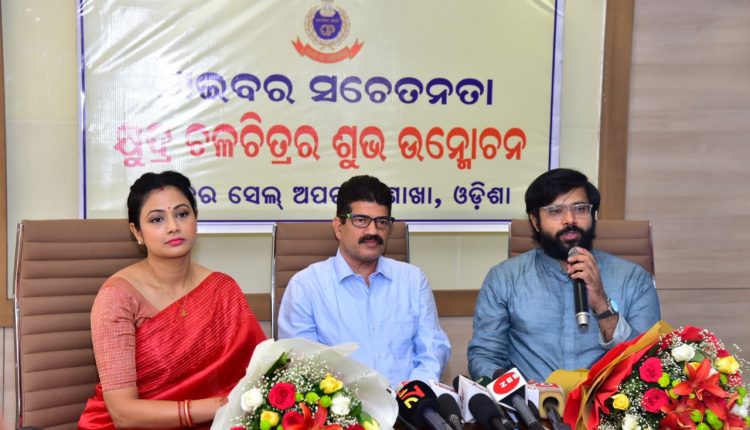 Bhubaneswar: People continue to fall prey to cyber crime despite the efforts by Odisha Police to create awareness among general public though different media.

To reach out to a large mass and educate them about rising incidents of cyber crime, the Crime Branch’s Cyber Cell has roped in Ollywood actors Sabyasachi Mishra and Archita Sahu as it brand ambassadors.

A short film with the two actors playing a role in it was also released at a special event on Wednesday.

The 2 minutes 25 seconds film, directed by veteran filmmaker Basant Sahu, aims to create awareness among the public, as a preventive measure against cyber frauds.

The special function was attended by ADG Crime Branch Sanjib Panda, IG Crime Branch Amitendranath Sinha, who addressed the gathering along with actors Sabyasachi and Archita.