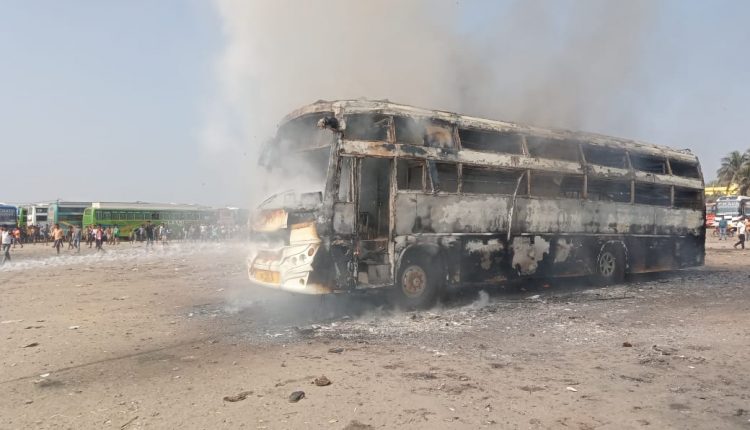 Bhubaneswar: A stationary bus was reduced to ashes after it suddenly caught fire at Baramunda bus stand in Odisha capital on Monday.

Panic gripped the area as the private bus parked in the bus stand caught fire all of sudden.

No casualty was reported in the incident and fire services personnel swung into action to douse the flame, a fire services official said.

According to sources, the bus named ‘Khandadhar Queen’ was parked at the bus stand when it caught fire. No one was present in the vehicle when the incident took place.

On being informed, fire tenders rushed to the site and launched an operation to douse the flames. While the blaze was extinguished by the firefighters, the bus was completely gutted by the time the operation was over.

The cause of the fire was still unknown and efforts were on to ascertain the circumstances in which the incident took place, the sources added.