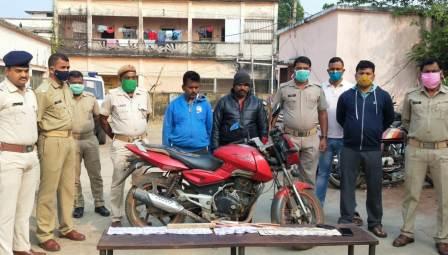 Baripada: Police arrested two persons on the outskirts of Baripada in Mayurbhanj district and seized fake currency notes with face value of Rs 85,000 from their possession on Wednesday night.

The accused were identified as Rasabihari Rana and his brother Rakhyahari Rana. They are residents of Baharaghora area in Jharkhand near the border with Odisha’s Mayurbhanj district.

The interrogation of the two arrested persons is underway at Town police station.