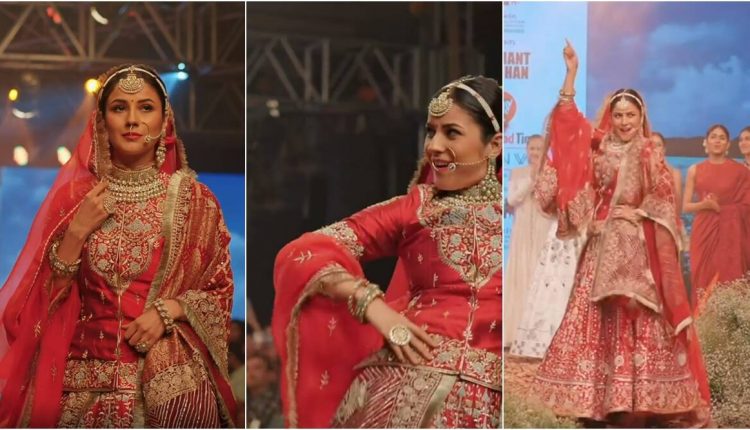 New Delhi: Shehnaaz Gill has been winning hearts with her chirpiness and simplicity. The Punjabi sensation recently made her ramp debut for designer Samant Chauhan as a Rajputana bride.

The social media star posted a video on her Instagram handle from her ramp appearance. Dressed in red, she was the typical Punjabi bride all shy and coy but took everyone by a pleasant surprise as she burst out into bhangra on Sidhu Moose Wala’s songs.

Shehnaaz wrote in the caption, “Debut walk done right! Walked for the super talented designer @samantchauhan at the @timesfashionweek Thank you people of Ahmedabad for making us extra special for me! Your hospitality and love is immeasurable. #ShowStopper #ShehnaazGill”