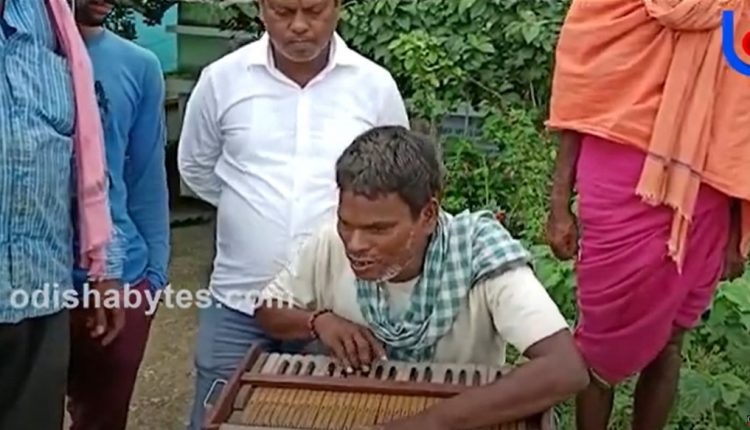 Jajpur: A novel appeal of a specially abled man of Odisha’s Jajpur district for a house from the state government has paid off.

In a viral video, Prafulla Kumar Das of Ragadi village under Korei block in the district is seen singing to a harmonium while describing his poor financial condition and vain efforts for a landed property. He wished that his appeal reached the district Collector.

After an order of the Jajpur Collector, Byasanagar tehsildar Ashok Kumar Majhi and additional tehsildar Bikram Kumar Mallick handed over the land deed to Das.

He had earlier appealed to the sarpanch, block development officer and tehsildar for a house under the Indira Awaas Yojana. However, no help was allegedly provided to him. After several attempts and running from pillar to post, he decided to appeal to the Collector to provide him with a place to stay.

Droupadi Murmu Felicitates 3 From Odisha With NSS Award, 2 From Bhubaneswar