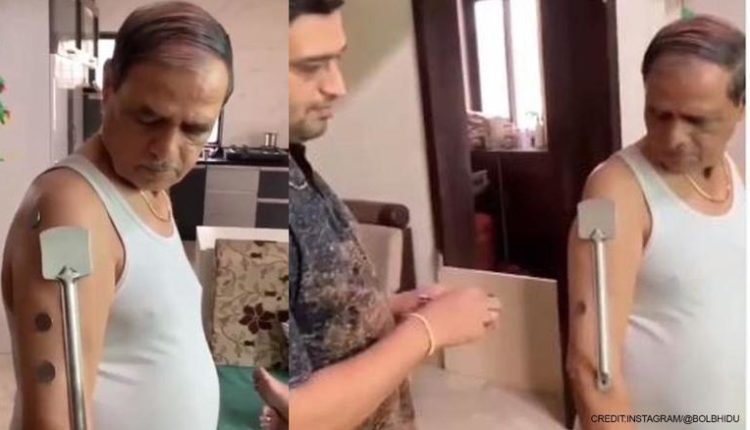 New Delhi: A 71-year-old man’s video in which steel objects can be seen sticking to his body days after taking the second vaccine dose is doing the rounds of social media, making the government issue a statement that the vaccines do not cause any such reactions.

A video of Arvind Sonar from Nashik shows a youngster keeping spoons and coins on his arm, and most of the objects getting ‘stuck’ there.

Netizens are calling him ‘Iron Man’ and ‘Magneto’ .

Sonar runs a snack store and took the second dose of the vaccine less than a week ago. His family reportedly clarified that they were not making any ‘claims’ and were not aware if the ‘magnetic’ quality was present before.

His son was quoted as saying in media reports that he had watched some videos online about magnetic strength after vaccination. So, he tried it on both his parents, but the steel objects stuck only to his father.

As per reports, Nashik municipal authorities visited Sonar at his residence and witnessed it, but stressed that it had no connection to the vaccination, RepublicWorld.com reported.

Meanwhile, Press Information Bureau’s (PIB) fact-checking arm posted that vaccines were completely safe and that they ‘do not make people magnetic.’