Weeklong Drive Against Overloaded Vehicles In Odisha, Lens On 14 Districts 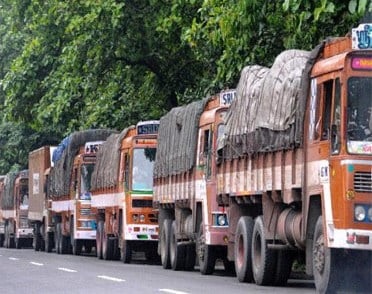 Bhubaneswar: The State Transport Authority (STA) would launch a weeklong special drive against overloading of vehicles throughout Odisha from September 19.

“The drive will be extensively carried out through the state with special focus in the regions having industrial and mining activities as it is most commonly seen that many goods vehicle plying in this region do not comply with the rules causing accidents. Hyva, tipper, dumpers and other such vehicles carrying sand, fly ash and chips are often found plying flouting Motor Vehicle (MV) rules,” Joint Commissioner Transport, Road Safety, Sanjay Biswal said in a press note.

According to the Motor Vehicle Amendment Act 2019, the violators will be penalised under Section 194 (l). Overloading of vehicles would attract a penalty of Rs 20,000 and an additional fine of Rs 2,000 per extra tonne. Also, the driving licence (DL) may be disqualified for three months.

He further informed that the enforcement drive will be carried out with a special focus in  Rayagada, Balangir, Bargarh, Sambalpur, Jharsuguda, Sundergarh, Dhenkanal, Angul, Cuttack, Kendrapada, Jajpur, Balasore, Bhadrak and Khurda.

Notably, 1442 accidents took place due to overloaded/hanging vehicles in 2021. A total of 673 people were killed due to the load condition of the vehicles. A total of 834 persons were also grievously injured and 588 suffered minor injuries in accidents, involving overloaded vehicles.

Earlier in the crackdown on overloaded vehicles, 83 e-challans were issued, 25 vehicles were seized and 81 DLs were suspended. Compounding fees of Rs. 3, 69,461 was collected.

The Early Morning Call That Shook Me