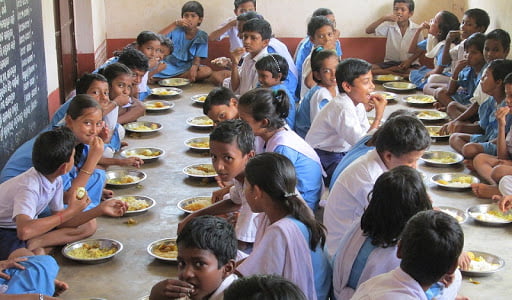 The WFP has also lauded the initiatives taken by Odisha for implementation of other schemes related to food security. It may be noted that Odisha has been ranked number one performing state in the country in this respect.

Parajuli highly appreciated the steps taken by Odisha government in implementation of NFSA for which it has been ranked number one performing state in the country. He also praised the state for providing best support for the activities of WFP.

During the meeting, the Odisha government urged the WFP to set up a centre of excellence on food security in Odisha.

The proposed centre will deliberate on various issued like bringing all people under the food security umbrella, providing nutritious food to all and conducting research on climatic change and its impact on food security, sources said.

They said the subsidised food programme providing meal at Rs 5 under the Aahar scheme in urban areas has changed the food security scenario in cities and towns.

The Minister apprised the WFP the rice fortification programme being carried out on a pilot basis in Malkangiri district since July 2021.

Rice enriched with minerals and vitamins is aimed at addressing the issue of anaemia and micro-nutrients deficiency among people.

Around 5.46 lakh beneficiaries under the NFSA and State Food Security Scheme (SFSS) are getting the fortified rice, they said.

The state government also urged the WFP to carry out an extensive IEC (Information Education and Communication) activity educating the PDS beneficiaries and other stakeholders like millers, dealers and civil supply functionaries about the benefit of fortified rice.