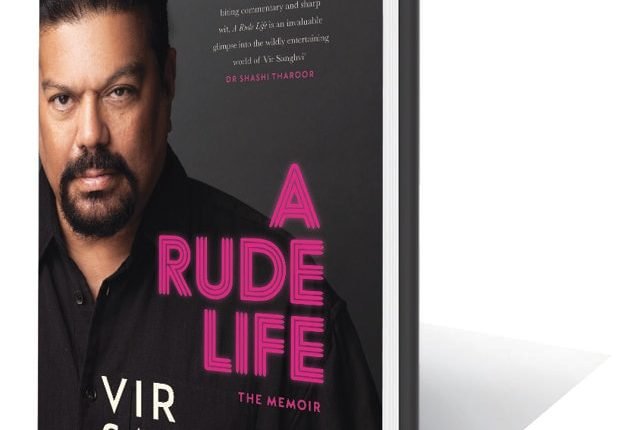 New Delhi: Journalist Vir Sanghvi is known not to mince his words when he is writing about people and situations, not before and not now, in his just-released memoir aptly titled ‘A Rude Life.’

News18, where he spent many years shooting, published excerpts from the book that reveal amusing anecdotes and details of his interviews with Amitabh Bachchan, Bal Thackeray and Raveena Tandon.

The most amusing bit is his interaction with Shah Rukh Khan that brings out the quick wit in both the journalist and the superstar.

Here’s how it went. The journalist was to meet Raveena Tandon and later, Amitabah Bachchan for an interview. “A member of our crew noticed that Shahrukh Khan had come out for a smoke and asked him if he would sit down for an interview sometime in the evening before Amit was due on our set. To her astonishment, he said yes.”

“I was a little surprised too. Were we really going to shoot Shahrukh Khan and Amitabh Bachchan back to back? We were still discussing whether Shahrukh (who is notorious for being late) would actually turn up when somebody pointed out that he already had. He had slipped in and was sitting in the guest chair on the Star Talk desk. He was alone. There was no make-up person and there was no minder.”

“I rushed to my side of my chair and though we had never met before, he spoke with such breezy confidence that there was no sense in which meeting him for the first time was awkward. I pushed the envelope by asking if he was gay or bisexual as was rumoured in film circles. It was not a question anyone had asked him to his face before but he was unfazed, dismissed it with aplomb and we moved on to the next subject.”

“Though I thought the whole interview went very well, the only bit people remembered was the gay question. Shahrukh was asked about it for months afterwards, usually by film journalists who had never had the guts to confront him with the question before. He was super cool. To one journalist who demanded to know why I had asked him if he was gay, Shahrukh responded: ‘I don’t know. May be if I had said yes, he would have asked me out to dinner.’”

“I suspect his wit eluded the journo.”