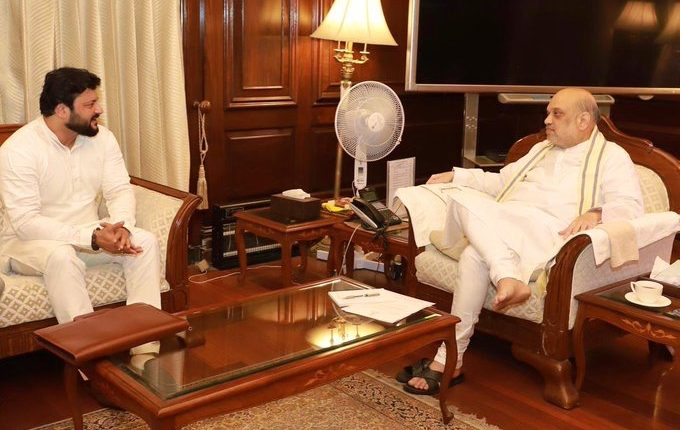 Sharing a picture on his official Twitter handle, the Kendrapada MP wrote that he had a fruitful discussion on issues related to the youth of the country with the Home Minister.

The ongoing divorce and domestic abuse cases have apparently dented his image, adversely affecting his political stick. Anubhav seems to have fallen from the grace of the ruling party bosses since having won the prestige battle from the Kendrapada Lok Sabha seat against BJP’s Baijayant Panda in 2019.

He has been robbed of his star campaigner tag with his name missing from the list for Brajrajnagar, Balasore Sadar, Tritol and Pipili bypolls. The party honchos are also seemingly keen on introducing changes in Kendrapada’s political dynamics.

Sidelined in BJD, Anubhav fears an end to his political career. Professionally too, he has not had any big releases lately. While his last movie ‘Biju Babu’ was released in March 2019, he is now gearing up for  ‘Raavan..when love becomes obsession’. If this was not enough, he was in recent months replaced in a show which he hosted on a leading Odia entertainment channel.