EntertainmentBollywood
By OB Bureau On Oct 21, 2021 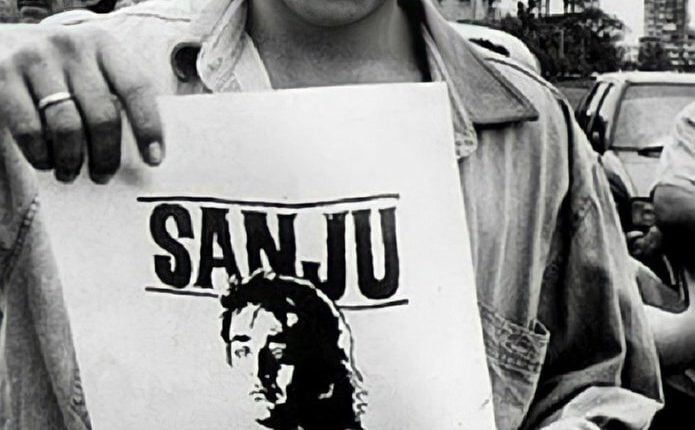 Mumbai: This is not the first time that Bollywood is rallying behind one of its tribe. Even as Aryan Khan fights for bail, fans are reminded of the time Sanjay Dutt was facing jail time after he was convicted for violation of the Arms Act for possession of illegal weapons.

Ironically, at that time, Shah Rukh Khan was one of the many stars who had stood in solidarity with Sanjay Dutt. Among the others were Salman Khan, Akshay Kumar and Saif Ali Khan. Photos of the stars holding posters have resurfaced.

The photos saw the stars holding up posters that read, “Sanju we are with u”

In a similar scene on Wednesday, fans were spotted outside Shah Rukh Khan’s residence, Mannat, and outside the courthouse holding up banners that read, “Release Aryan Khan.”

The eldest son of the Bollywood superstar is currently in custody for his alleged involvement with the case of seizure of banned drugs onboard a cruise ship off the Mumbai coast.