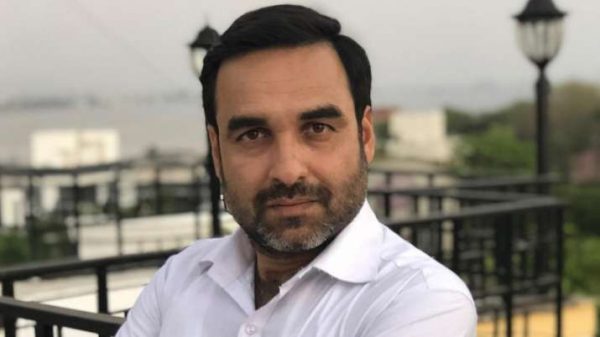 Mumbai: ‘Mirzapur’ actor Pankaj Tripathi, who hails from a small village, had never thought of making it big in Bollywood.

But luck favored him and his hard work worked wonders. Today, Tripathi has carved a niche for himself in the film industry.

On Neha Dhupia’s chat show, ‘No Filter Neha’, Pankaj opened up about what his villagers told him when he used to dance on item numbers and portray female characters in plays.

“I was in the 10th standard when I played a girl for the first time. The boy who used to play a girl had not returned from town, people were wondering that the play won’t happen that year as that boy wasn’t there. It was then that I volunteered to take up the part. But our director — Raghav chacha told me to take permission from my father, just in case he gets angry later and climbs the stage with a lathi. My father didn’t object to me playing a girl and allowed me to do as I wish to,” shared Pankaj.

Talking about his item songs, the actor said, “People loved my dance and would say, ‘he dances so well’. If this boy goes to Mumbai, he will oust several top Bollywood actresses.”

Elucidating the opinion of his villagers, Pankaj said that in the olden days, heroes used to dress up like girls and perform on dance numbers. So, his villagers wanted him to follow the same.

“I knew Mumbai was out of sight for me and I didn’t want to go to Mumbai at that time. I didn’t know I would become an actor, it was just for fun,” said the actor.

Will COVID-19 Spread In Winter? Read What Experts Say