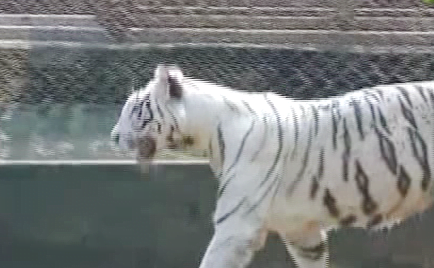 Bhubaneswar: One of the major attractions at Nandankanan Zoological Park (NZP) here, white tiger ‘Subhranshu’, has been ill for the past few days and his condition is not visibly improving, zoo officials said.

The cause of illness of the five-year-old tiger is yet to be ascertained, NZP deputy director Jayant Kumar Das said. “A team of doctors has been engaged for Subhranshu’s treatment. Blood samples have been collected for some tests. The exact cause of his illness can be known after examining the reports,” he added.

[Watch] Over 100 Fall Ill After Drinking Lassi In Odisha’s…