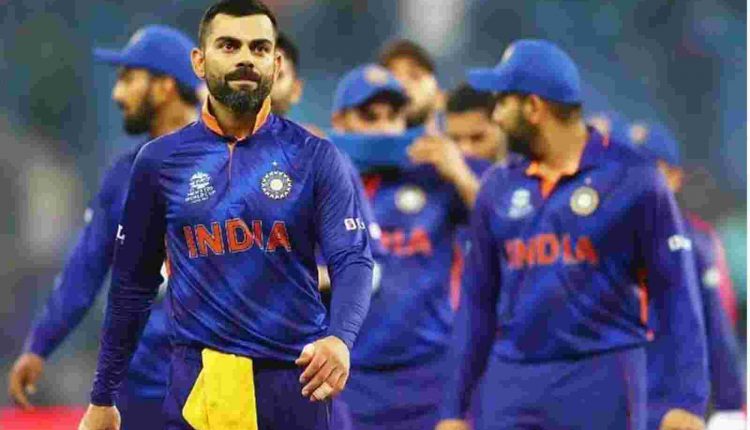 The biggest problem for the Indian cricket team has perhaps been selecting the squad. The number of players India have tried over the past year or so is just too much.

The strategy should be to select a handful lot of players and stick to them. Chopping and changing in every series doesn’t help in any way.

Every player who has been selected for the Indian team is no doubt a good player. If you keep on giving new guys chances just before the World Cup, they will grab the opportunities, which gives selectors big headaches.

There was a time, not long ago, when Shreyas Iyer was a regular in the team, but he wasn’t backed by the team management after a few bad performances. Just because you have bench strength doesn’t necessarily mean you keep on taking advantage of it. Bench strength is meant to be tested when you have time on your hands, not a couple of months before the World Cup. The likes of Deepak Chahar, Ravi Bishnoi and Rishabh Pant have been at the receiving end of this policy.

The Indian team recently adopted a new approach of beginning with a bang. Go out all guns blazing has been the motto. But it didn’t quite work, especially in the just-concluded World Cup in Australia, mostly because that’s not how we play. Our openers are very experienced and extremely talented batsmen and once they are set, they can take any bowling side to the cleaners.

Trying to play like other teams will never work. Do what you do best. There is never only one way to win a T20 match. The players have to believe that they can make up for lost time in the later part of the innings. There is no point in trying to do something if you cannot do it in the first place.

Skipper Rohit Sharma has not been in great form for over a year, mainly because he has been trying to adapt to the explosive start strategy. What makes Rohit special is the ease with which he plays his shots once he has settled down. But these days, it looks like no matter how hard he tries, he just cannot seem to connect the ball properly. He has to settle in and give himself time. If you look at the centuries he scored in the 2013-19 period, Rohit used to started slowly, get into his groove, and then the shots just come off. The sheer elegance in his batting is not visible now.

A world-class batsman by his own right, his batting now seems like that of an amateur cricketer trying to hit every ball out of the park. You can predict his moves now. Even the pull shot, which he used to be so good at, is not the same any more. It looks like he is already expecting a short ball and ready to just pull it. Earlier, he would be incredibly good at picking up the short deliveries that he would take his front foot across and free his arms for an excellent connection. It’s as if he is trying to hit every ball too hard without picking the length.

The question in everyone’s mind before the World Cup was who to play between Rishabh Pant and Dinesh Karthik. Either of them would have been a viable option. But considering their recent form, the team management decided to go with the latter. Pant is someone the management believed in for SOME years. He had even been given the responsibility of leading the team in a bilateral T20I series. But Karthik had proved himself in several matches, so the team decided to drop Pant in the early matches of the World Cup. Karthik was the team’s go-to man for all but one Super 12 game, but decided to play him in the semifinals of a World Cup. If they showed faith in Karthik most of the time, why change mind at the last moment. If they had to try out Pant, he should have brought him in after the first two games. And even when Pant was brought in, he was not given the right role. Instead of being sent up the order to counter England’s two wrist spinners, he went in very late in the in the innings.

For some inexplicable reason, India decided to stick with two finger spinners for the entire World Cup, even though wrist spinners of other teams were getting success. Ravichandran Ashwin had been kept in the team because of his immense experience and ability to play with a batsman’s mind. But he kept bowling flat, making life easy for the batsmen. The slot, or good length, is where Ashwin picks up his wickets from usually; but that is when he varies his pace and release, and uses the crease.

Axar Patel was under-utilized in the tournament. He wasn’t able to control the conditions Down Under. The reason Axar was included in the playing XI was his ability to contribute with the bat. But in all T20Is in 2022, he has scored just 93 runs in 12 innings, at an average of just about 11. If he is not being used as a batsman, then he should at least bowl his full quota of overs. Ignoring Yuzvendra Chahal in the entire tournament surprised many. Chahal had won the Purple Cap in the IPL earlier this year, yet he wasn’t played in a single match. The big grounds in Australia would have favoured him, and he also has a knack of picking important wickets.

As a unit, India had many chinks in their armour and it was bound to be exposed some day or the other. Nevertheless, India can take a number of positives from the World Cup such as Arshdeep Singh growing in stature, Suryakumar Yadav’s adaptability and, of course, Virat Kohli getting back to form.

Lawyers’ Agitation In Odisha: SC To Hear Plea On Loss Of 2 Lakh Working Hours In 9 Months