Will The Rs 50 Lakh Compensation To Bilkis Bano Be A Lesson For Rapists? 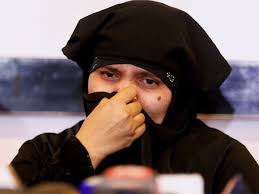 Seventeen years after they numbed the nation in 2002, the ghost of the Gujarat riots came back to haunt and ironically so, bang in the middle of the elections.

At a time when Narendra Modi (who was Chief Minister of Gujarat at that time) cannot afford to have a remote reference to the carnage, the Supreme Court, in a landmark judgement, ordered the Gujarat government to pay Rs 50 lakh as compensation to rape survivor Bilkis Bano, a house in a place of her choosing, and a government job.  This is the highest compensation ever given to a rape survivor in India.

“The Supreme Court has acknowledged the pain that I have endured for 17 years. That is important to me,” Bilkis after the judgment.

Bano’s lawyer, Shobha Gupta who fought a hard battle for her had asked the Supreme Court to award exemplary compensation to her and for disciplinary action against the convicted policemen.

Asked if the compensation figure was a landmark one, Gupta told HuffPost, “Talking about myself, I’m grateful to the court, but I’m not overjoyed. The cumulative gruesomeness makes this one of the gravest cases. The police completely eroded the rule of law. Will Bilkis’s faith in a policeman in uniform ever be restored? Can anyone breach a woman’s body whenever he wants?”

“If you want to show how disturbed you are as a court, then the compensation should always be astronomical. And it should be recovered from the erring people. It is the responsibility of the state to figure out how to do it,” she added.

Bilkis Bano was gang raped and 14 members of her family murdered in 2002.

At the time, Bano was 19 years old and pregnant with her second child. Her three-year-old daughter was killed before her eyes. As local policemen went to extraordinary lengths to cover up the horrific crime, Bilkis started receiving death threats. For the next several years, her family led a nomadic existence, moving from place to place for their safety, but continued their fight for justice.

It took six years for 11 men to be sentenced to life in prison for rape and murder. One policeman got a sentence of three years in prison for tampering with the First Information Report (FIR). It took ten more years for five other policemen and two doctors to be convicted for attempting to cover up the crime.

Asked if she had suggested a compensation figure to the court, Shobha Gupta said, “The figure which I had in mind was a minimum of one crore. The state was very miserly in suggesting five lakh because it was an exceptional case. When the court was asking me about my figure, before I could respond, they said Rs 10 lakh. The court asked me and I said I’m looking for minimum one crore. They said Rs 50 lakh plus house plus job.”

“I understand that if you get a job, and a reasonable house, not a one-room tenement, that should be good. It was either one crore or this kind of settlement. This package is a better deal because it rehabilitates her completely.”

Now the question before us as a nation is, will the Bilkis Bano case become a deterrent to potential rapists or will it just remain a landmark judgement to be used as a reference point to praise the Indian judiciary?

The last word is from Shobha Gupta, who told HuffPost, “Justice should not only be done, but must also be seen to be done. The Bilkis case, we have not just fought for Bilkis, but for all Bilkises. The compensation you are granting should be monumental. It should be loud and clear. So loud that it resounds in everybody’s ears. A figure of one crore would have rung loud and clear. For the victims, it would say ‘don’t worry we are here’. For the perpetrators, it would say ‘don’t you dare to do it again’. For all state governments, it would be a note of caution.”

Scorching Odisha Summer: Have These Cool Sips To Beat The Heat