Will There Be A Third Wave? If Yes, How Will It Be? Here’s What Experts Say 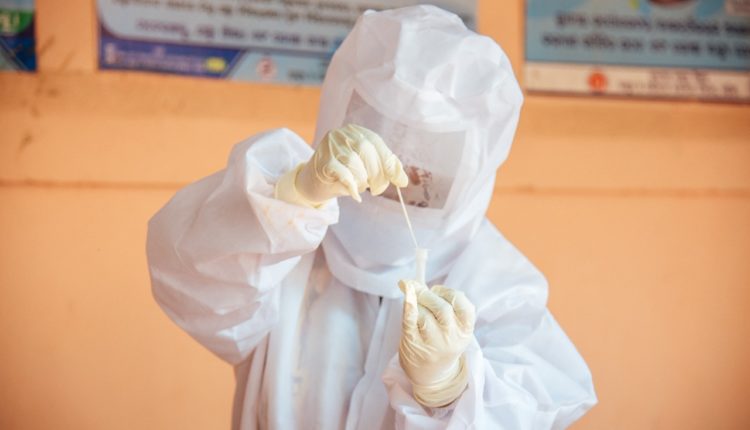 The likelihood of a third wave of the deadly coronavirus wave hangs like a Damocles sword. Given the global spread of the Delta variant and the recent emergence of the Delta Plus variant (AY.1) and with only around 20% of the adult population receiving a vaccine shot so far and around 4% fully vaccinated, a third wave is possible.

So, what should the susceptible persons do? “If such persons wear face masks, move or work in well-ventilated areas and avoid crowds, the risk of infection is greatly reduced. If most Indians observe that discipline till vaccination rates cross 60%, a third wave can be averted or greatly attenuated. We can make it a ripple rather than a tidal wave,” Professor K. Srinath Reddy, a cardiologist, and epidemiologist, also president, Public Health Foundation of India (PHFI) told News 18.

Samiran Panda, head of epidemiology at the Indian Council of Medical Research (ICMR) said the third wave of COVID won’t be as severe as the second wave. “More vaccination and Covid appropriate behaviour could play an important role in mitigating these waves. Study on vaccine effect on Delta plus variant of Covid is underway,” Panda was quoted as saying by ANI.

AIIMS director Randeep Guleria too, has warned that because of constant mutations, the third wave of the pandemic could hit India by October this year.

A recent study, by the Indian Council of Medical Research and the Imperial College at London, concluded that the third wave will be less devastating than the second wave. It is based on the plausible assumption that many who have been infected earlier would retain their immunity, fully or partially. The situation could change if new variants arrive which override the immunity provided by earlier infections.

Even then, it is unlikely that the new variants will be more virulent. While they may infect more people, it is unlikely that they will cause more severe disease. That holds true for protection from vaccines too. New variants may display higher levels of vaccine evasion but most vaccines will still provide a fair amount of protection against severe disease and death. Our health and administrative systems will also be better prepared than they were during the second wave, when they were caught off guard. For all of these reasons, the third wave is likely to be less severe than the second, News 18 reported.

As for the third wave likely to be harsher on children, Dr Reddy told News 18, “Infection will still tend to be milder in children. The ACE-2 receptors on human cells, which the virus attaches to for entering the body’s organs and blood vessels, are not as extensively developed in children as in adults. Children also have a lower prevalence of associated health conditions like hypertension, diabetes, heart disease and lung disorders that increase the risk of severe Covid disease. A small proportion will suffer from Multi-System Inflammatory Disease of Children (MIS-C) but the vast majority of children will have a mild course. Increasing healthcare facilities for children, including intensive care units, will still be useful as they will serve to meet the needs of many other health conditions.”

Earlier, senior paediatrician Dr S Balasubramanian, one of the experts on The Lancet India Task Force that produced a paper outlining the state of paediatric Covid-19 in India, emerging lessons, protocols for clinical care, and recommendations for policymakers, told Times of India,  “There is no substantial evidence to suggest the third wave will affect children more. Research has so far indicated that healthy children have milder disease, better prognosis, and low mortality in comparison to adults. But that said, we must tread with caution because we don’t have adequate information on the impact of the new variant on children. We also don’t know the consequences of increased adult vaccination rates in children.

“Preparation for, and response to, a third wave will require a concerted nationwide effort, requiring excellent centre-state coordination. That was seen in 2020 but not friction-free in 2021. Transcending political divides, governments across the country must work as a unified force, through consultative decision making and collaborative implementation processes. Only then can the danger of the third wave be dissipated before it inflicts much damage,” concluded Prof Reddy.