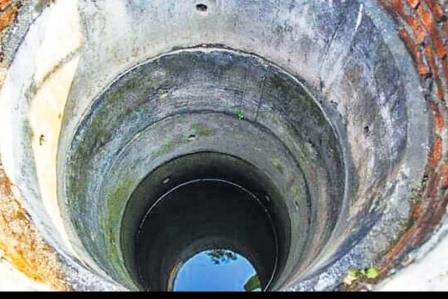 Khurda: A woman and her son were found dead inside a well at Godipada village under Jankia police limits in Odisha’s Khurda district on Wednesday evening.

They were identified as Varsha Srichandan and her 7-year-old son Lucky.

Sources said, the bodies were found floating in the well and locals immediately informed the police. The fire personnel rushed to the spot and recovered the bodies from the well.

According to the villagers, the deceased woman’s husband Manoj Srichandan, who is absconding, used to regularly abuse her under the influence of liquor. The villagers suspect that Manoj might have killed his wife and son and thrown the bodies into the well.

The bodies have sent for post-mortem to Khurda District Headquarters Hospital and an investigation into the matter has started.