Woman Fighter Pilot Does A First At Republic Day Parade 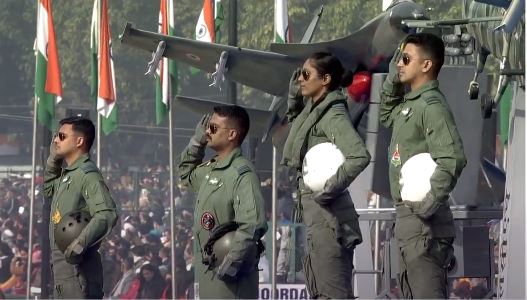 Kanth, who is among the first three women fighter pilots in the country, joined the fighter squadron in 2017. She flew her first solo on a MiG-21 Bison in March 2018. She is currently posted at a fighter base in the western sector, news agency ANI reported.

At the parade, Flight Lieutenant Tanik Sharma led the IAF contingent comprising 96 Airmen and four officers.Air warriors were seen in 12 by 8 formation.