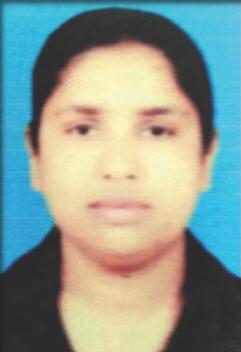 Angul: She is not highly qualified. But with experience and strong will power, Jhunata Pradhan from Angul district has helped several women to become self-dependent.

Jhunata has become talk of the town after forming 70 women Self-help Groups (SHGs) at her native Chhotkei village that is surrounded by Satkosia forest.

She completed her Class X in 2002, but couldn’t afford to study further due to the poor financial condition of her family.

Jhunata’s father was a retired Forest Department employee and his pension was not enough to fulfil the needs of his nine children, including three sons and six daughters.

Initially, Jhunata started helping out her father by working on their farmland. She later started selling fast food and peanuts at a roadside stall to shore up the family income. She then opened a grocery shop in her village by taking a bank loan.

After the death of her parents, Jhunata decided not to marry and instead take the responsibility of her three brothers and five sisters.

During a brief stint at an NGO earlier, this gutsy woman had come in contact with women from her village and neighbouring areas. She taught these women to sign their names as well as take care of their bank-related works.

Now, she has been working with an Eco Tourism organisation in Angul district for the past nine years. She along with members of her SHGs organise nature camps for tourists.

Dedicated to the welfare of her village and specially of the womenfolk, Jhunata says, “Each and every woman should create her own identity by doing something in her life.”

3 More Succumb To COVID-19 In Odisha