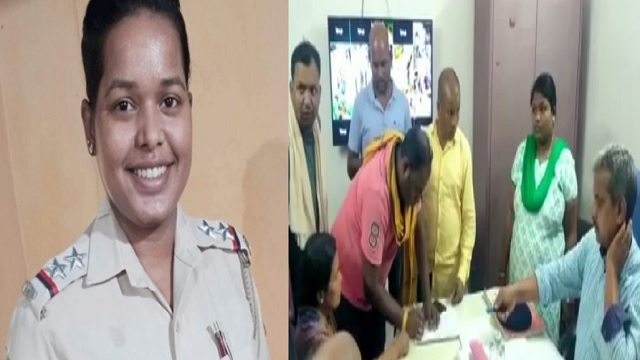 Phulbani: The mother of sub-inspector (SI) of police Swagatika Behera, who was found hanging in her official quarters in Odisha’s Kandhamal district on Saturday morning, filed a complaint on Saturday night against G Udayagiri inspector-in-charge (IIC) Rebati Sabar.

Swagatika’s mother Usharani alleged that her daughter took the extreme step as she was being mentally harassed and tortured by Sabar. “IIC Rebati Sabar is responsible for my daughter’s death,” said Usharani. She also demanded a Crime Branch probe into Swagatika’s death.

“Swagatika’s mother has filed a complaint against Rebati. An investigation will be initiated based on her complaint,” said G Udayagiri Sub-Divisional Police Officer (SDPO) Tirupati Rao Patnaik.

Swagatika’s brother Manoranjan also alleged that she was under tremendous work and mental pressure. “While speaking to me over phone, Swagatika used to narrate the mental harassment by the IIC and cry over it. The IIC used to scold her in abusive language and tell her to quit as she was not able to handle her responsibilities,” he alleged.

Swagatika was staying alone in the official quarters allotted to her after she joined G Udaygiri police station around one and a half years back. She was found hanging in her quarters on Saturday morning.