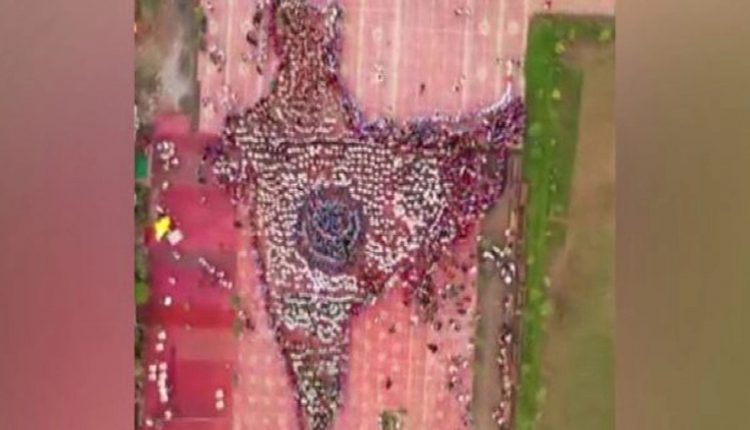 Indore: In keeping with the spirit of Azadi Ka Amrit Mahotsav to mark the momentous occasion of 75 years of India’s independence, a map of India was formed through a human chain in Indore on Saturday.

More than 5000 school students, social workers and people from other walks of life came together to form the map in an event organized by a social institution ‘Jwala’ at Divya Shaktipeeth.

It was recognized and registered in the World Book of Records as the largest human chain forming the country’s geographical map, ANI reported.

“We had made a human chain on the map of India, and not only on the border but also inside it. Earlier, a human chain was formed on the boundary line of the country’s map, but we gathered people inside by making Tricolor and blue Ashok Chakra in the middle. A total of 5,335 people participated in this event,” said Jwala founder Dr Divya Gupta.

“Shri Shakti was made on the boundary of the map of India to show the importance and strength of women of the country,” she added.