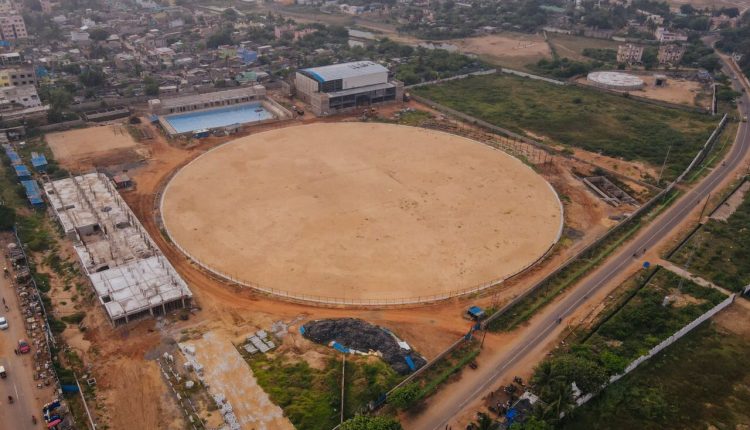 Puri: A residential cricket academy and a wrestling academy will be set up at the stadium complex under construction in the town.

Secretary to chief minister VK Pandian issued instructions in this regard to the officials during a visit to the stadium project site on Wednesday.

During a discussion with them on development of sports in the district, he said since Puri town has a strong culture of ‘akhadas’, there is a lot of scope for promotion of sports like wrestling, weightlifting, body building, yoga, gymnastics and boxing. He directed them to establish a residential cricket academy and a wrestling academy in the new sports complex.

Pandian, who visited the site on the direction of Chief Minister Naveen Patnaik, reviewed the progress of the project and directed to expedite the completion. He said the chief minister wants to make Puri a world-class Heritage City with all suitable amenities.

The project, which is a part of the ABADHA (Augmentation of Basic Amenities and Development of Heritage and Architecture) scheme, has been taken up with a budget of Rs 40 crore.

The complex will have a cricket stadium with practice nets and other facilities for organising first-class cricket matches including Ranji Trophy. The complex will also have 50-metre swimming pool, multi-purpose indoor hall and 100-seat sports hostel.