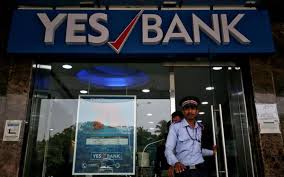 Mumbai: Yes Bank Chairman Sunil Mehta has ruled out the bank’s merger with State Bank of India (SBI) stating that it has fully repaid Rs 50,000 crore of Special Liquidity Facility (SLF) it had availed to Reserve Bank of India (RBI).

“We have fully repaid the entire sum of Rs 50,000 crore of SLF to RBI as on September 8,” Mehta said at the bank’s annual general meeting on Thursday.

Yes Bank was extended the special liquidity line in March when it was coming out of the moratorium to make up for any large deposit withdrawals, a Money Control report said. It was given a three-month period which was later extended to mid-September.

Mehta further said since the bank’s reconstruction in March, it had received “strong customer liquidity inflows” and deposits are accruing on a monthly basis now.

Answering a shareholder’s query, Mehta clarified that there were no plans to merge with SBI. There was no discussion either from the bank or the authorities side on this. “No such plans are afoot,” he said.