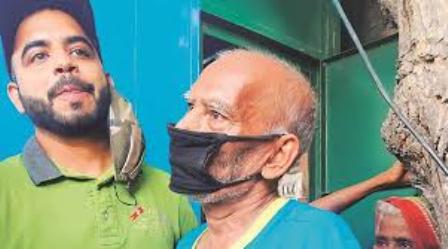 New Delhi: An old man couldn’t sell much during the lockdown. He was devasted. Then came an angel, an influencer, shot a video, and showed it to the world.

People flocked in huge numbers and the old man got financially sane again. But now, the old man says, he didn’t get the money he was promised and has filed a complaint against the YouTube influencer.

But the tables turned. The influencer tightened his belt and came back strong. He showed a 24-pages long statement that had the bank details. He said he did no wrong.

But, who is clean and who is not, who is transparent, and who is not. Can you decide? This was the tale of the Baba who got his Dhaba famous after the influencer’s video spread like wildfire.

ALSO READ: ‘Baba Ka Dhaba’ Owner Files Complaint Against YouTuber Who Made Him…

FIR Against Amitabh Bachchan, Makers Of KBC 12 For This Question