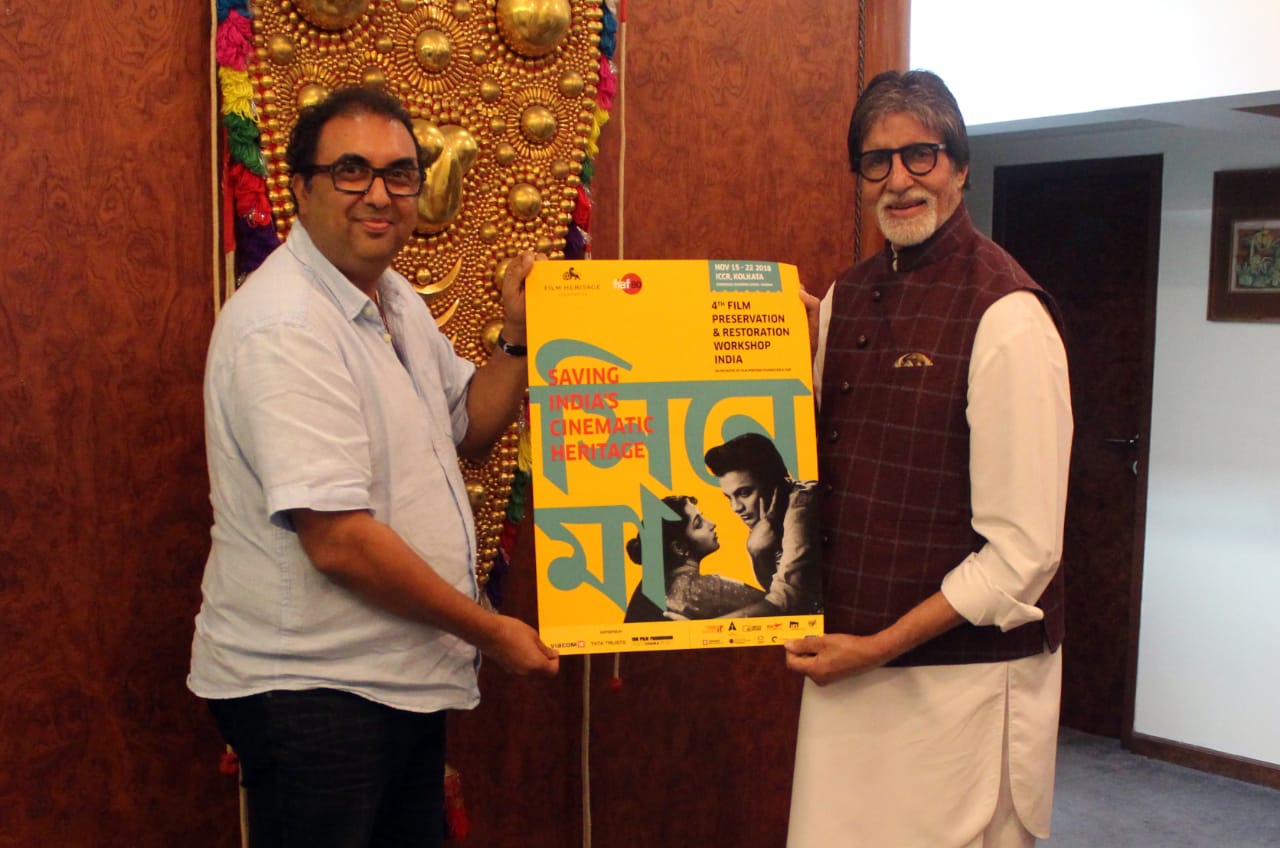 Bhubaneswar: “India’s cinematic heritage is in danger. By 1950, we had lost almost 70 to 80 per cent of our films and we continue to lose more of it every day, even films as recently as 1990s. Sadly, we have not done anything to preserve film heritage over the years. Now, we are seeing a change thanks to the work of Film Heritage Foundation, which have been working relentlessly not only to archive and preserve our film history, but also trains people how to save film through their Film Preservation and Restoration Workshop India,” said brand ambassador of the foundation and Bollywood legend Amitabha Bachchan, while reiterating that he supports and believes in this cause.

This fourth workshop is being conducted in Kolkata from November 15 to 22.

The foundation had earlier conducted workshops at the Films Division in Mumbai in 2015, National Film Archive of India (NFAI) in Pune in 2016 and Prasad Film Labs in Chennai in 2017.

Film Journalist Forum (FJF), which has been screening Odia classic faded into oblivion due to lack of archives and screening, has also sought the support of the foundation to restore Uttam Mohanty’s first film ‘Abhiman’. “We managed to get the reels, but it is in a very bad condition. We needed a lot of fund to restore it. Fortunately, the foundation has now agreed to do the job for us,” said  FJF founder-secretary and film historian Surya Deo.

Due to lack of preservation, the Odisha film industry has lost its first film ‘Sita Vivah’. Deo also rued lack of experts in Odisha for such preservation work and said such workshops will definitely go a long way in saving our film heritage.

The intensive week-long workshop, certified by International Federation of Film Archives (FIAF), covers both lectures and practical classes in the best practices of the preservation and restoration of both films and film-related paper and photographic material. These will be conducted international experts from leading institutions around the world. In addition, classes will be followed by daily screenings of restored classics from around the world.

“India and its neighbouring countries currently do not have an accredited degree or diploma course in film preservation as a result of which there are no trained film archivists to tackle the mammoth task of saving the audiovisual heritage in our part of the world,” found of the foundation Shivendra Singh Dungarpur.

The aim of the workshop is to create awareness about the urgent need to preserve our moving image heritage and to skill and train a resource of archivists to take on this monumental challenge, he added.

While those interested can apply till October 1, scholarships are available for 30 deserving candidates, in support from FIAF and Tata Trusts.

Odisha Up In Arms Against Abhijit Iyer Mitra’s ‘Derogatory Remarks’