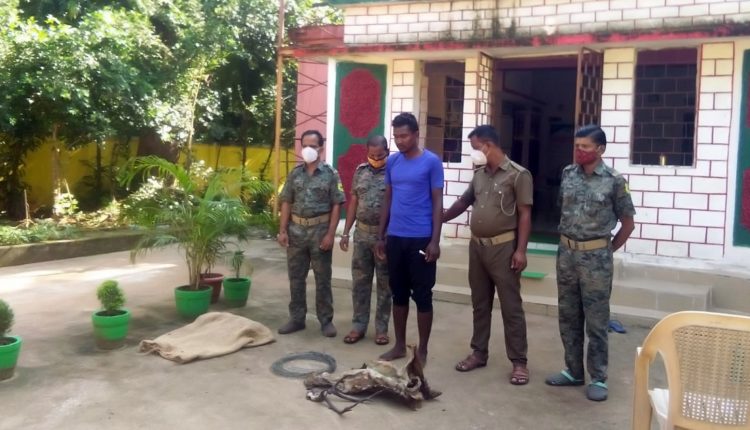 Keonjhar: Telkoi Forest Range officials on Saturday seized boar meat at Tunguru Bahal in Jagamohanpur panchayat and arrested one person on charges of killing the animal and selling its meat unauthorisedly.

The arrested person has been identified as Tapan Kumar Palei (28). Forest officials seized boar meat weighing three kilograms from his possession in addition to seizing deer skin and horns from his house.

On investigation, it was revealed that Palei was trapping animals in the forest before selling their meat. On receipt of information, Forest Range officer Pramod Kumar Sethi led a team to the spot and seized boar meat and recovered horns and deer skin from his house.

Palei has been arrested and forwarded to the court under Wildlife Protection Act.

Will Taliban Leader Be Allowed To Speak At UN General Assembly?