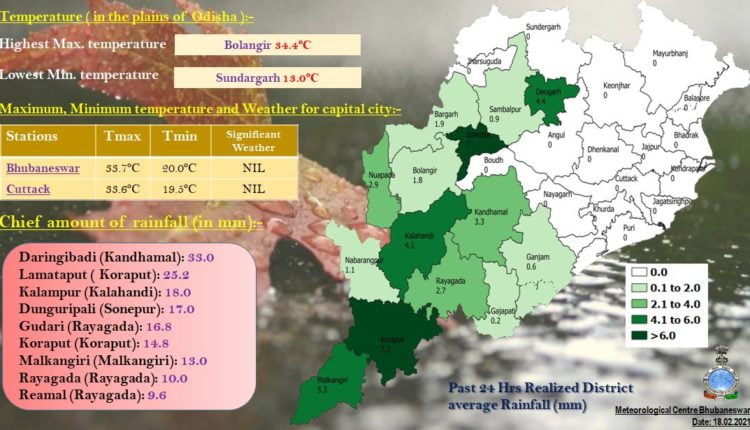 Bhubaneswar: The regional centre of India Meteorological Department (IMD) on Friday informed that 10 districts in Odisha experienced moderate rainfall in the last 24 hours.

Daringibadi in Kandhamal district received the highest of 33 mm rainfall while Reamal in Rayagada district recorded the lowest rainfall of 9.6 mm.

The temperature too has seen a slight rise in the plains with Balangir recording a maximum of 34.4 degree Celsius while Sundargarh recorded the lowest of 13 degree Celsius in the last 24 hours.

Govt To Release List Of Comorbidities For Phase II Vaccination

One Dead, 3 Injured In Gas Cylinder Explosion In Odisha’s Jharsuguda

Bombs Hurled At House of BJD’s Sarpanch Candidate In Puri