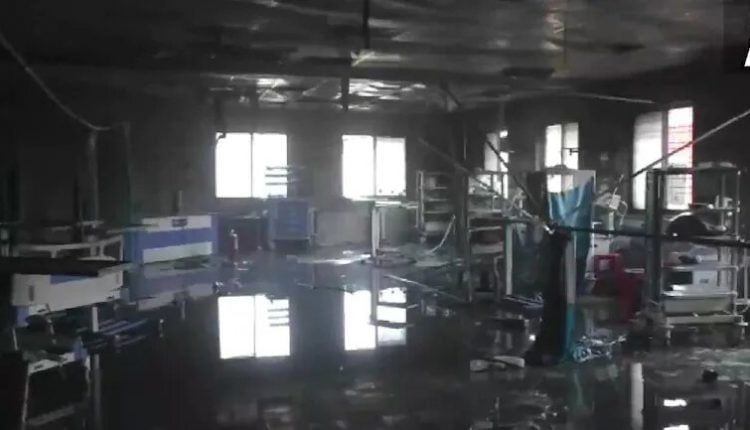 Ahmednagar: A major fire at Ahmednagar District Hospital in Maharashtra on Saturday killed at least 11 coronavirus patients and injured one person.

India Today quoted sources as saying that 25 patients were admitted to the ICU (Intensive Care Unit) at the hospital, and six of them suffered serious burn injuries in the incident.

Ahmednagar district collector Rajendra Bhosale confirmed the death of 11 Covid-19 patients. Shankar Misal, chief of the fire department of Ahmednagar Municipal Corporation, said the fire erupted around 11 am on Saturday.

The state government announced Rs 5 lakh compensation to the next of kin of those who died in the fire at Maharashtra hospital.

‘Rasagola’ Could Not Have Tasted Sweeter For Odisha Filmmaker Swaraj Mishra!