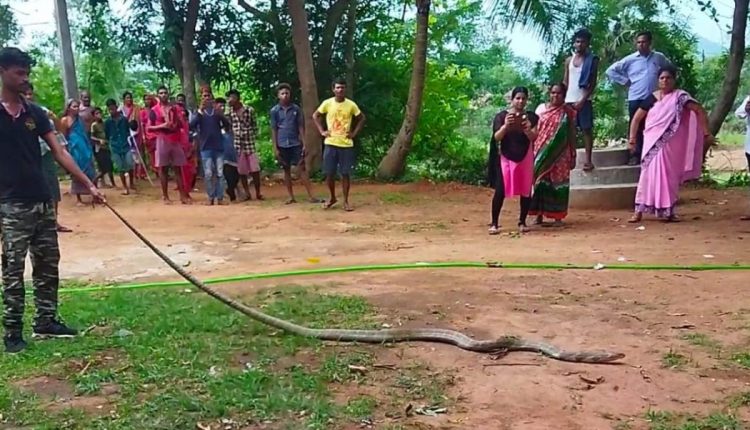 Berhampur: A King Cobra snake was rescued from the premises of a school in Odisha’s Ganjam district on Tuesday.

According to sources, the students of Government Radhakrushna High School at K Deogaon under Kabisuryanagar block first spotted the highly venomous snake on a tree while they were playing on the premises. Alarmed by the huge snake, they told their teacher about it.

As the news spread, the villagers gathered at the school and the teacher took the children to a safe place. Later, local sarpanch Hrudanand Pradhan informed snake rescuer Nabaghana Swain.

Since the snake had gone to the top of the tree, Nabaghana found it tough to go near it. However, he managed to reach the snake after struggling for around an hour and brought it down.

He identified the King Cobra as King Cobra and on measurement, it was found to be 12 feet in length. He kept the poisonous snake in a bag and with the help of Forest officials of Polasara range, released it in a natural habitation away from the village.