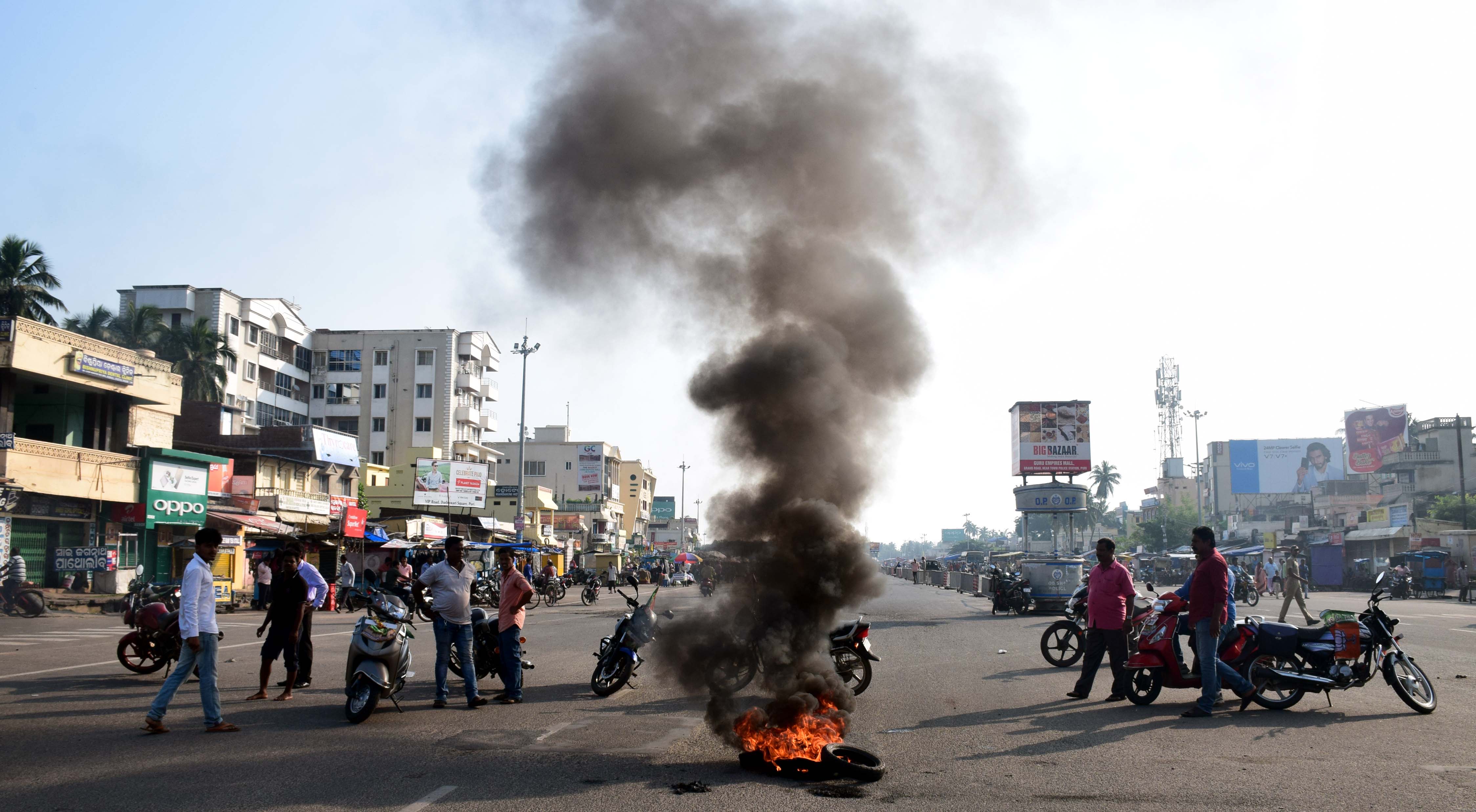 Puri: Normal life was crippled in Puri on Tuesday following a 12-hour bandh called by members of Puri Bar Association over the murder of lawyer Laxmidhar Mohapatra.

Most educational institutions, shops and offices remained shut while vehicles, including buses, trucks and auto rickshaws stayed off the road during the strike. The agitators staged blockades at various places by burning tyres. which affected vehicular movement in the town.

“We strongly condemn the deteriorating law and order situation in the town and demand action against those involved in Laxmidhar’s murder,” an agitator said.

On October 18, a group of miscreants thrashed lawyer Laxmidhar Mohapatra with a wooden plank. He sustained critical injuries in the attack and later died at a private hospital while undergoing treatment.

Youth attacked with blades over ‘past enmity’ at Barang