120 Kg Of Ganja Seized In Berhampur While On Way To Mumbai; Two Persons Arrested 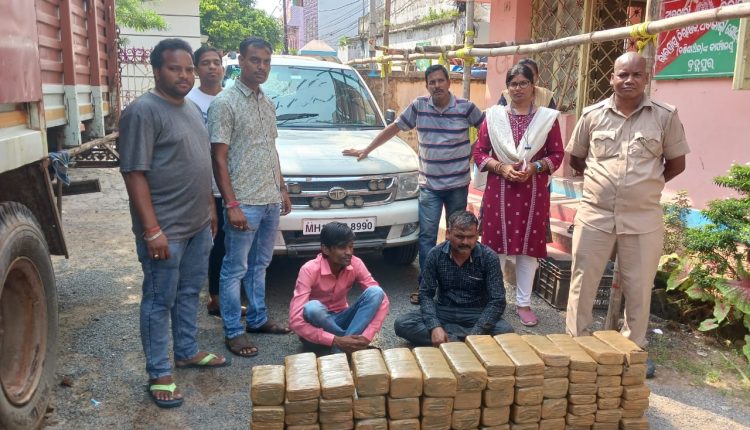 Berhampur: Excise officials seized around 120 kg of ganja, while being smuggled to Mumbai, in Odisha’s Berhampur city on Saturday.

On the direction of Satpathy, a team of Excise officials stood guard at Fast Gate square in Berhampur. As the white car approached the square, they intercepted it. On checking the vehicle, they found the contraband packed in different packets and seized those.

The seized ganja weighed around 120 kg and its market cost would be more than Rs 12 lakh.

The Excise officials also arrested two persons carrying the ganja in the vehicle. They were identified as Unesh Mehud Sheikh and Sahid Sakilgi of Mumbai.

The arrested persons revealed to the officials that they were carrying the contraband from Mohana in Gajapati district to Mumbai. The Excise department has launched an investigation to ascertain others involved in the ganja smuggling racket.