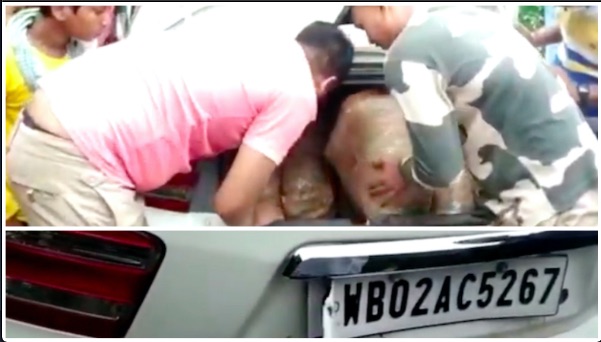 Berhampur: Excise sleuths seized 120 kg ganja (cannabis) from a car during a raid at Gochhabadi village under Jagannathprasad block in Odisha’s Ganjam district on Wednesday.

According to sources, a luxurious car was intercepted by the excise team based on reliable information while heading to West Bengal from Kandhamal and ganja packets were recovered from its dickey.

It was also found that Odisha vehicle registration number was pasted onto the car over that of West Bengal.

The cost of the seized contraband item is estimated to be lakhs of rupees.