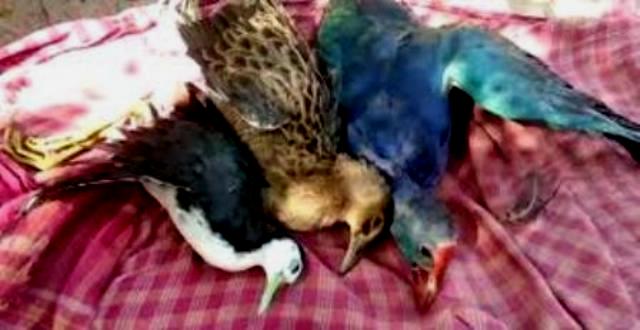 Khurda: The Tangi Wildlife Division officials in Khurda district arrested two poachers from Bhusandapur area near the Chilika lake on Monday and seized 13 carcasses of migratory birds from their possession.

The arrested have been identified as Guru Kumar Rout and Fakira Rout of Alipada village.

According to the Forest officials, the duo have killed the migratory birds through poison.

With the onset of winter, migratory birds from northern Eurasia, Caspian region, Siberia, Kazakhstan, Lake Baikal and remote areas of Russia have started thronging  Chilika Lake. The Forest Department has stepped up patrolling in the lake to protect these birds as they usually fall prey to illegal poaching activities.