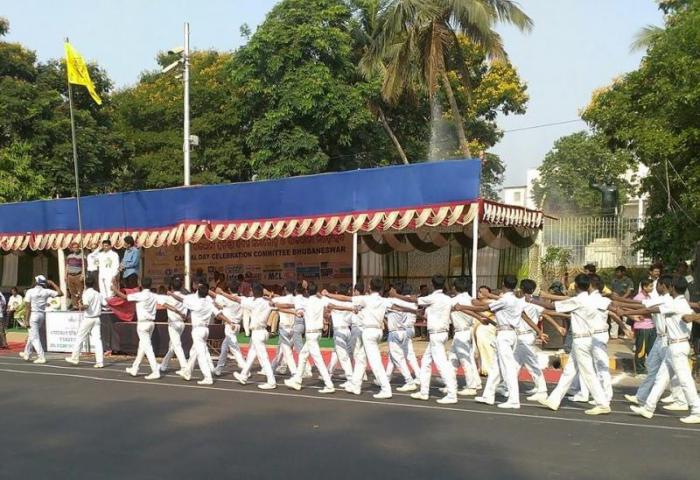 Bhubaneswar: Thirteen persons were honoured with Rajdhani Gaurav Samman for their outstanding achievements in various fields as the capital city celebrated its 69th foundation day with much zeal and enthusiasm here on Thursday.

Taking salute of the civilian parade conducted by students of different schools and colleges, Pujari called upon people to keep the city clean and green.

The state culture department had lined up a slew of cultural events, which will be held every evening till April 15 at Indira Gandhi Park here.

Mobile science labs rolled out for 5 blocks of South Odisha