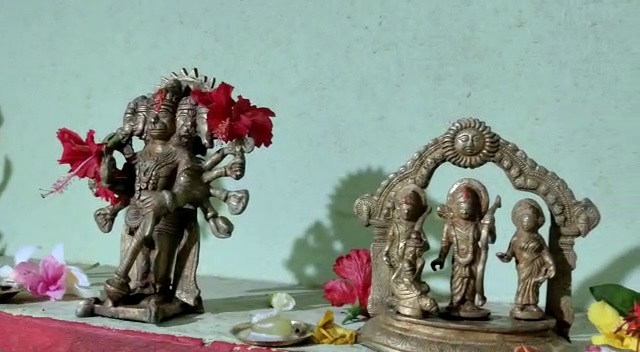 Cuttack: As many as 14 brass idols were recovered from under a house during excavation at Naharanga village in Odisha’s Cuttack district on Saturday.

The idols were found under the house of Dinabandhu Behera.

Behera claimed “he had a dream in which he was ordered to excavate the place”, according to reports. “I followed the order and excavated the place. To my surprise, I found 14 brass idols after digging the place,” he said.

Hundreds of local people are thronging his house in the wake of the development.

“We want to build a temple in the village and worship the idols,” a villager said.