New Delhi: Ministry of Home Affairs has announced the list of medals to be awarded to police personnel on Independence Day this year.

According to a notification of the ministry, 215 personnel from different states, Union territories, Central Armed Police Forces (CAPFs) and other organisations will get Police Medal for Gallantry.

Of 631 police personnel to be awarded Medals for Meritorious Service, 12 are from Odisha. 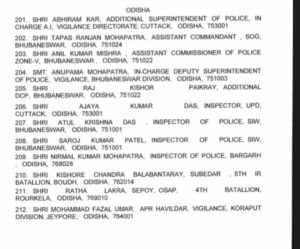 Here are the details of the medals to be presented: 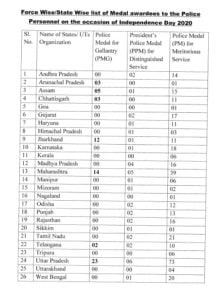 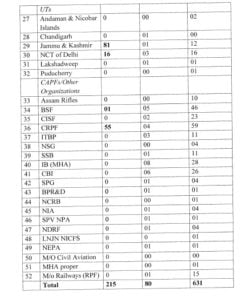 CBI Registers Case Against Rotomac For Cheating Bank Of…