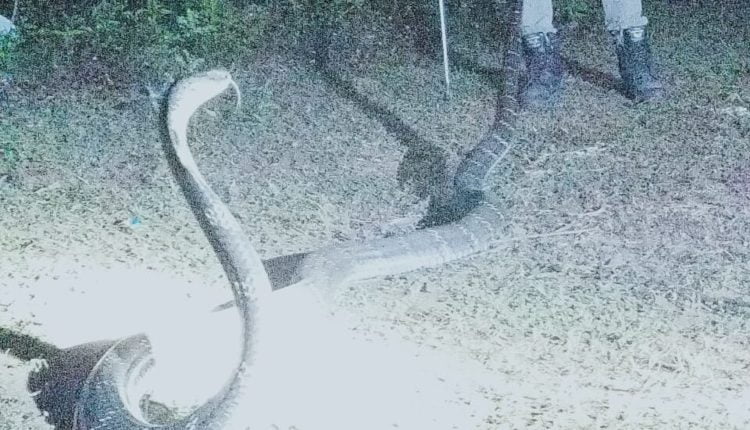 Dhenkanal: A 15-ft King Cobra was rescued from the house of a villager in the district on Tuesday night.

According to sources, the family of Jagabandhu Pradhan of Kantamila village under Hindol forest range spotted the huge snake in their house at around 7.30 pm and informed snake catcher Sushant Kumar Sahoo of Bantala area.

Sushant along with his three associates reached Hagabandhu’s house and carefully rescued the snake without causing any harm to it.

Later, they released the snake in the forest in presence of forest guard Manoj Kumar Behera and other officials of Hindol range.

Why Is Comedian Kapil Sharma Getting So Many Compliments These Days?