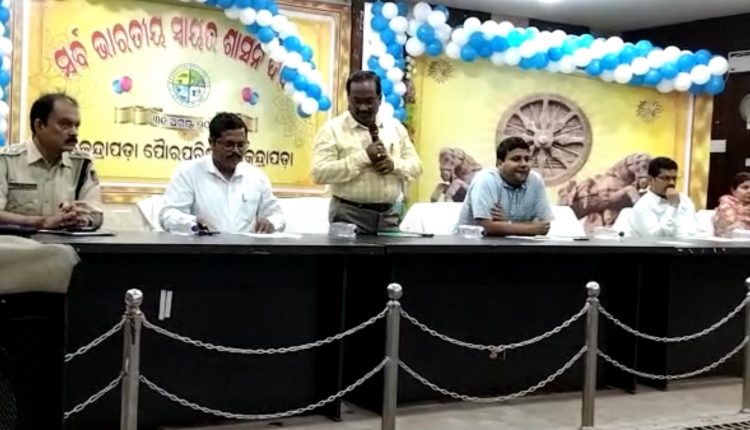 Kendrapada: As many as 15 platoons of police will be deployed for peaceful celebration of ‘Gajalaxmi Puja’ in Odisha’s Kendrapada town.

This was revealed at the peace committee meeting on the puja arrangements held in Town Hall on Monday. Senior officers of the district administration and representatives of puja pandals and puja committees interacted at the meeting.

The representatives of the puja committees presented their problems and raised different issues considering the fact that the Laxmi Puja will be celebrated with public participation after a gap of 2 years. The community celebration was banned in the town for COVID pandemic during the period.

The officers of the district administration assured them of looking into the issues and announced the steps taken for convenience of the visitors to the pandals. They said instructions have been issued to carry out cleaning of roads and drains and ensure supply of electricity and water.

On the representatives’ demand for widening the roads, Kendrapada district collector Amrit Ruturaj said the road and housing department has been directed to repair the damaged roads in the town before the puja.

In order to maintain law and order, the administration will deploy 15 platoons of police force at strategic points and important junctions of the town. More than 100 police officers will remain in charge of the task. Besides, movement of vehicular traffic will be regulated during the puja.

Come, Experience The Grandeur Of Jodhpur Palace At This Puja Pandal In Bhubaneswar