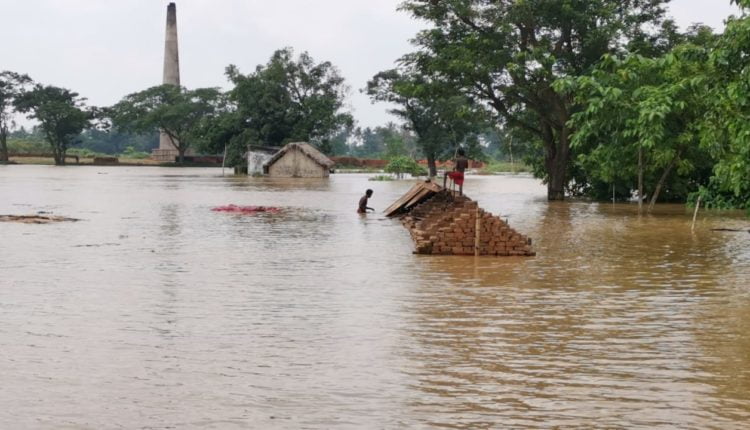 Baripada: As many as 19 blocks in Odisha’s Mayurbhanj district have received more than 100 mm rainfall triggering flood situation.

According to official sources, total 26 blocks in the district have received 125 mm rainfall on average during 7 pm on Saturday and 7 am on Sunday. Baripada has registered highest 285 mm rainfall.

Due to heavy rain in upper catchment areas in Similipal, Budhabalang and Katara rivers have flooded vast areas in Bangiriposi block on Sunday. Budhabalang was flowing close to the bridge level at Kaiami under Bangiriposi panchayat.

Around 500 mud houses have been damaged due to the rain in Morada, Bangiriposi, Karanjia, Jashipur, Bisoi and Kuliana blocks. Around 49 villages under 32 panchayats in these blocks have been flooded. Thousands of acre of agriculture land have been submerged under floodwater in these villages.

The low-lying areas of Baripada town have been inundated with floodwater entering the residential houses. The local administration has already shifted 20 families from their submerged houses to safe shelters, the sources said.