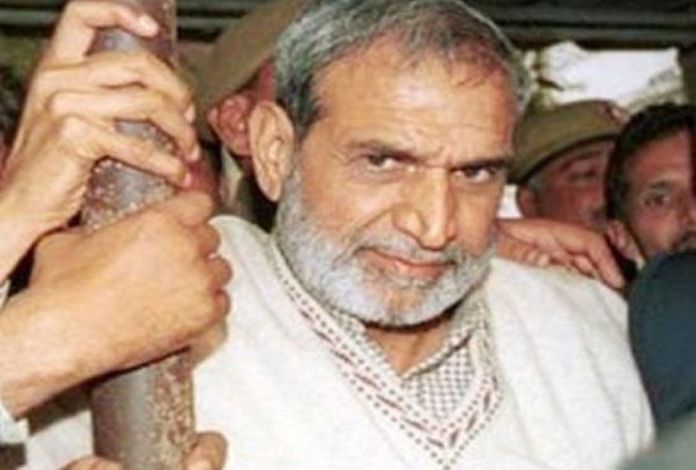 New Delhi: Sajjan Kumar, convicted in the 1984 anti-Sikh riots case, will now be part of Tihar Jail’s horticulture wing, effectively becoming one of the many gardeners there.

A report in The Hush Post quotes Tihar authorities as saying Sajjan was assigned the task after three months of assessing what would suit his profile.

Delhi High Court had on December 17 awarded Sajjan life term. Sajjan surrendered three months after his conviction in a case involving five killings during anti-Sikh riots in Delhi Cantonment on November 1 and 2, 1984.

He was jailed on December 31, 2018. All his attempts to secure bail thereafter failed, with the apex court agreeing to hear his bail application in August.

Sajjan, 73, is lodged in Tihar Central Prison’s newest complex at Mandoli. Here, the convicts are required to do light work, including maintaining the green cover around the largely concrete compounds, plant and water saplings and tend to the available tree cover. Horticulture is one of the day-to-day tasks prisoners handle on their own; other than cooking, painting, cleaning and light masonry.

At the Mandoli jail complex, away from Tihar prisons complex, Sajjan is lodged in ward number 3 with 25 other convicts.

The Hush Post report says Sajjan wakes up at 6am, has tea like other convicts and then does his yoga. His usual breakfast is khichdi and vegetable sandwiches. No eggs are allowed, except on medical advice for lactating mothers or patients of TB, Hepatitis C and HIV.

The main punishment for Sajjan and other convicts is jail lock-up, which happens twice daily. He spends most of his lock-up time reading newspapers, jail sources said.

He sleeps on a 3ft by 6ft bed. “All convicts above 65 years of age are eligible for cots of prescribed size,” the sources added.