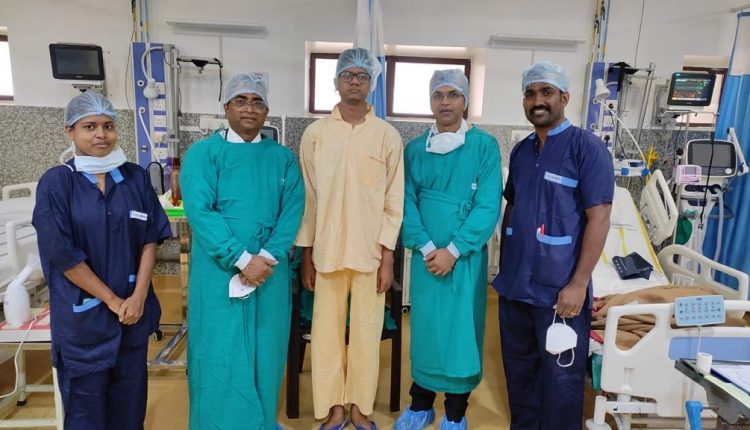 Bhubaneswar: AIIMS-Bhubaneswar added another feather to the successful journey of its first decade by successfully conducting its first case of live-related kidney transplantation on August 30.

According to a hospital release, the donor-recipient duo of father-son are doing fine, and the transplanted kidney is functioning well with good urine output and normal blood creatinine levels. The kidney donor underwent a laparoscopic donor nephrectomy and was discharged on the postoperative third day. The recipient has also been discharged.

Congratulating the team behind the effort, AIIMS-Bhubaneswar Executive Director Prof (Dr) Ashutosh Biswas said, “With increasing numbers of diabetes, hypertension and other kidney diseases, there is a huge burden of chronic kidney disease (CKD) in the society and a large unmet need for organ transplantation services in eastern India.”

He informed AIIMS-Bhubaneswar is working towards developing Liver and Bone Marrow Transplantation services in the near future.

In an example of inter-Institutional collaboration, PGIMER Chandigarh deputed Prof Deepesh Benjamin Kenwar from the Department of Renal Transplantation to mentor the starting of the kidney transplantation services at AIIMS-Bhubaneswar.

A lot of patients have registered for live-related kidney transplantation at AIIMS Bhubaneswar, the release added.