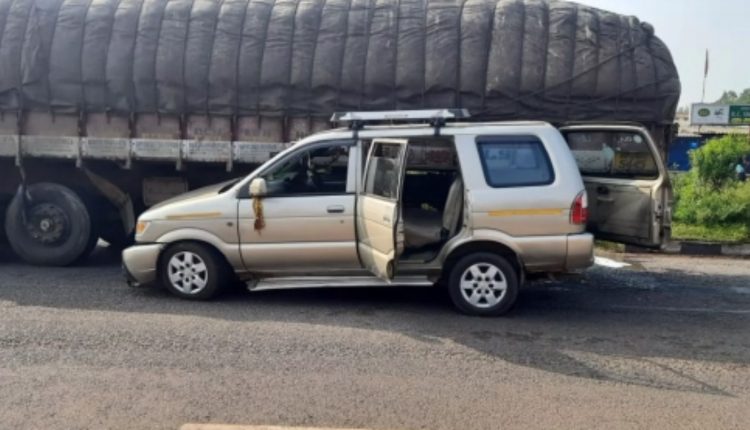 Jajpur: Two women belonging to Bhubaneswar were killed as they were run over by a speeding truck on National Highway (NH) in Odisha’s Jajpur district on Sunday.

According to sources, the incident took place when the women were going in an SUV for offering puja at Biraja temple in Jajpur in the morning. The driver stopped the SUV to have breakfast near a hotel at Chhatia on NH 16 and went out of the vehicle.

As the vehicle was on a sloping ground and the driver had not applied hand break nor put it on gear, the SUV started to move. In a panic, the two women jumped out of the rear seat. Meanwhile, a truck coming in high speed ran over them. Though the local rushed to send them to hospitals, the women died on the spot.

On being informed, local police rushed to the spot and seized the bodies. The have registered a case in this regard.

The police identified the women as Gitanjali Padhi and Sasmita Padhi, residents of Sahid Nagar in Bhubaneswar.