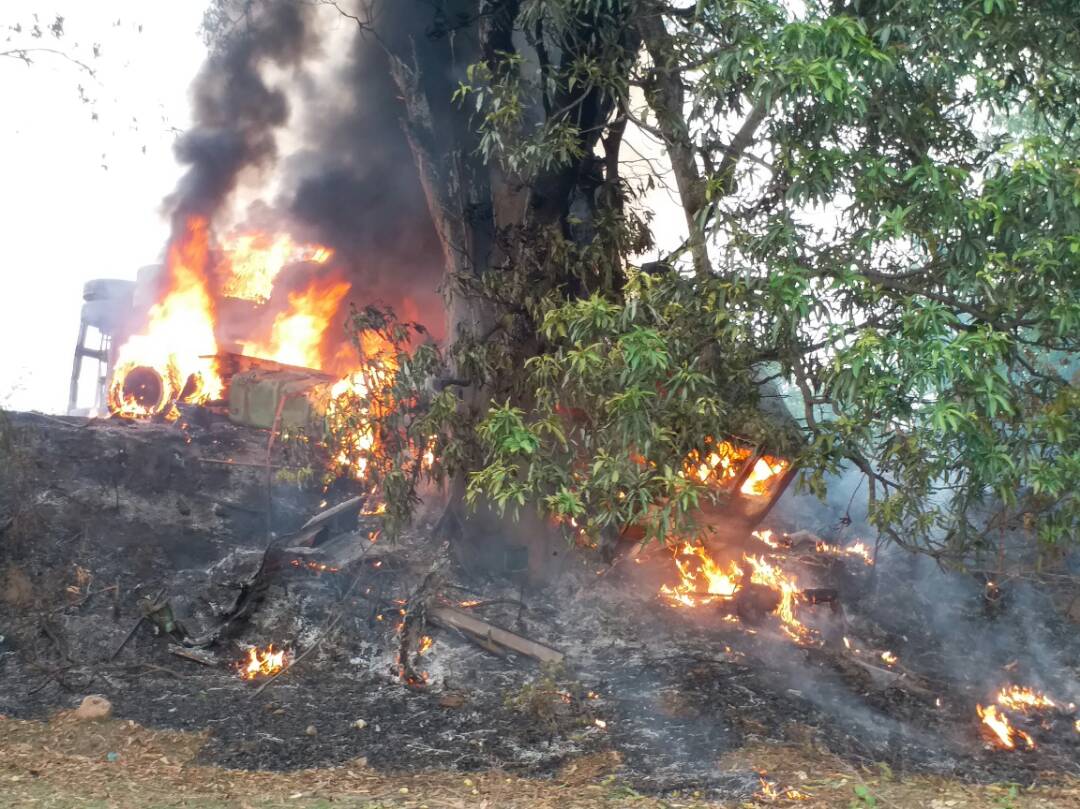 Sambalpur: Driver and helper of a trailer were charred to death when the vehicle collided head-on with a mini truck, overturned and caught fire near Charamala on NH-55 in Sambalpur district on Wednesday.

“The marble-laden trailer overturned due to the impact of the collision and caught fire. Fire personnel had to be called in to douse the flames. The driver and helper were admitted to Charamala hospital and later shifted to VIMSAR in Burla when their condition deteriorated and they were declared dead,” a police source said.

The Shipwreck Which Got The Railways To Odisha