2 Engineering Students Among 4 Arrested For Highway Loot In Bhubaneswar 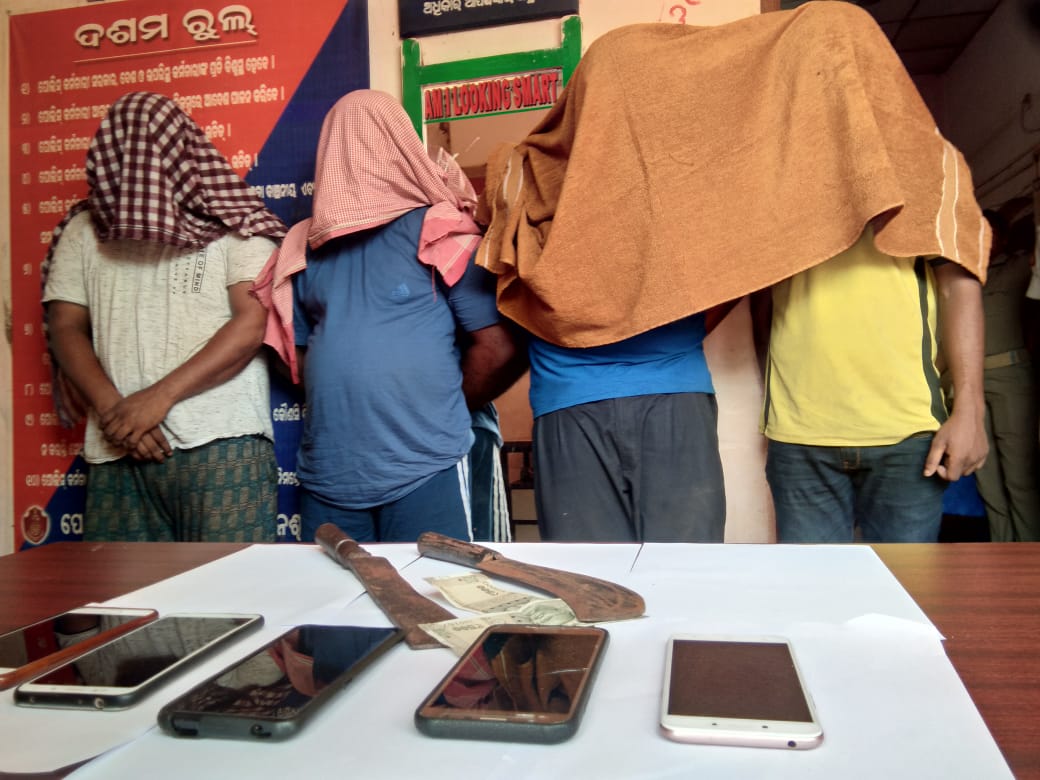 Bhubaneswar: Four youths, including two engineering students, were arrested by Jatni police on Sunday for a series of loot incidents on NH-16 in Bhubaneswar.

The accused have been identified as Satya Ranjan Behera (29), Pratap Kishore Parida (19), Anil Ojha (27) and Md Wahidul Malida (26). Sharp-edged weapons and two motorcycles were seized from their possession. The accused used to target trucks between Pahala and Khordha and loot cash and other valuables by showing sharp weapons to the drivers, said the police.

The arrested persons were also involved in a truck loot case on NH-16. Further investigations are on.