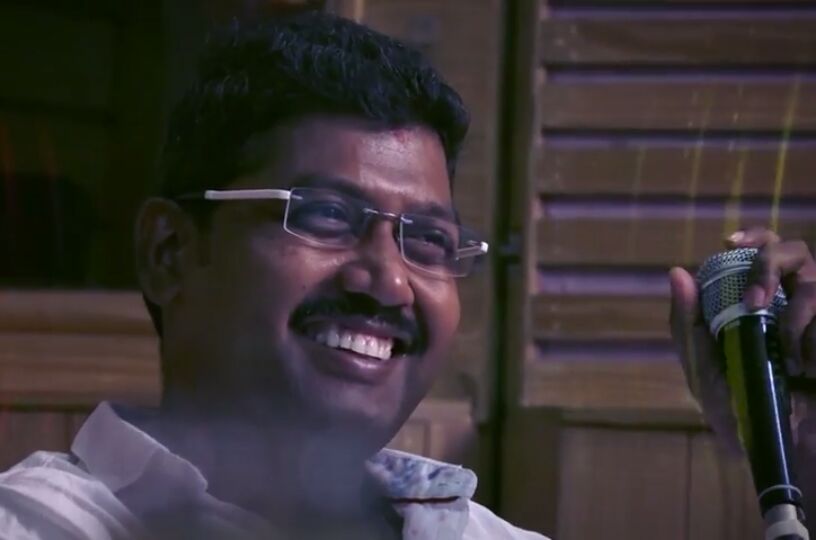 However, this is not the only good news. Anand has also fulfilled a long-cherished dream of his by working with ace music directors Shankar-Ehsaan-Loy. That’s for later.

LuvUTurn, a love-triangle starring Ruslaan Mumtaz, Adhvik Mahajan and Purva Rana, has two songs composed by Odisha’s “musical scientist”, as he is popularly known for continuously experimenting with different genre of music.

These romantic songs were recorded about three months back and Anand is all excited to fly back to Mumbai for the promotions, which will also feature his composition Khuda Raaji by Jubin Nautiyal.

“Both are romantic numbers. The second song, Bahon Mein Apne Tum, has been sung by Aditi Paul and Mohit Chauhan,” he said.

It is after a gap of four years that Anand has again collaborated with director Harish Raut. He had earlier composed Tuch Tu in Raut’s directorial debut in the Marathi movie Shortcut, a much-anticipated romantic thriller of 2015, and was much appreciated for the romantic number crooned by Swapnil Bandodkar and Anandi Joshi.

“The competition in Bollywood is very tough. I landed this offer after sending across several of my compositions,” he said.

However, this is not his first Bollywood movie. He had earlier composed music for two songs in Rahat Kazmi’s Dekh Bahi Dekh (2009) and stayed put in Mumbai for a year to make inroads into Bollywood.

Anand, who began his musical journey as a composer in an obscure opera, has already composed songs for 64 Odia movies in his 25-year-long career in Ollywood, beating the 57 movies record of legendary music composer Akshaya Mohanty, who also happens to be his favourite.

He has all along experimented with rhythm, patterns and arrangements. “There is no set pattern, and I’m very unpredictable when it comes to my music and luckily it has worked for me,” he said, while mentioning about his composition To Dhadkan Ra Dhun from the recently-released Odia movie Tu Mora Love Story-2.

Despite having earned a name in Odisha and his music creating a rage since 1993, what continues to pull him to Bollywood is the quality of work. “Composing one song there is equal to 10 here. They spend lakhs on mixing, the result is often astounding and one feels that the effort put into the composition has been well received and perceived. The songs are also beautifully shot,” he said.

Narrating an incident while recording with Jubin, Anand said the singer was all praise for his composition, but was quick to add that his simple looks don’t go well with the glitz and glamour of Bollywood. “Looks count these days,” he said, laughing, while letting his music do all the talking.

Now, for the second good news. Though he still wants to keep it under wraps, the music director disclosed exclusively to Odisha Bytes that Shankar Mahadevan has rendered his voice to one of his compositions. “I am a huge fan of Shankar-Ehsaan-Loy. I had mailed one of my compositions and they called me the next day for a sitting. This is something I am looking forward to and am all excited about,” he said.

Anand cherishes every memory of his journey from a small village in Kendrapara  to Mumbai. “I got a chance to work with singers like Udit Narayan, Kavita Krishnamurthy and Rahat Fateh Ali Khan. It has been a truly learning experience,” he said.

2 Engineering Students Among 4 Arrested For Highway Loot In Bhubaneswar