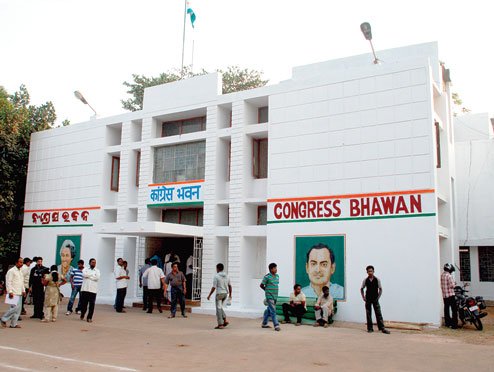 Bhubaneswar: In a fresh jolt to Congress in Odisha, some former state office-bearers and party workers have resigned accusing it of failing to make any serious efforts to strengthen the organisation in the state.

Alleging that Congress has deviated from its ideology and policies in Odisha, the dissidents said here on Tuesday that the leadership has failed to initiate any measures to infuse confidence among the party workers in the state.

Hitting out at the Congress high command as well as state leadership, the dissidents alleged that there is no internal democracy in Congress. Those in charge of party organisation at the national level are giving little importance to Odisha unit Congress, while genuine leaders and workers are being sidelined in the party, they claimed.

The dissidents also lashed out at the newly appointed Odisha Pradesh Congress Committee (OPCC) President Sarat Pattanayak and alleged that he appeared to have joined hands with the ruling BJD.

Instead of taking any step for the revival of the party in the state, the new OPCC chief is only busy organising programmes as directed by the All India Congress Committee (AICC), they alleged.

The move to quit the party by these leaders is seen as a protest against the appointment of Pattanayak as the OPCC president ignoring some other contenders. The mass resignation was believed to have the blessings of senior leaders of the party, sources claimed, adding those who resigned were understood to have included former MP Radhakant Digal and former MLA R K Behera.

Pattanayak, however, claimed that the resignation of these leaders will have little impact on the party.

Claiming that the ruling party in Odisha was behind the move, he said BJD is indulging in dirty political game as Congress has changed its strategy and approach in the state to put the organisation on the path of quick revival.