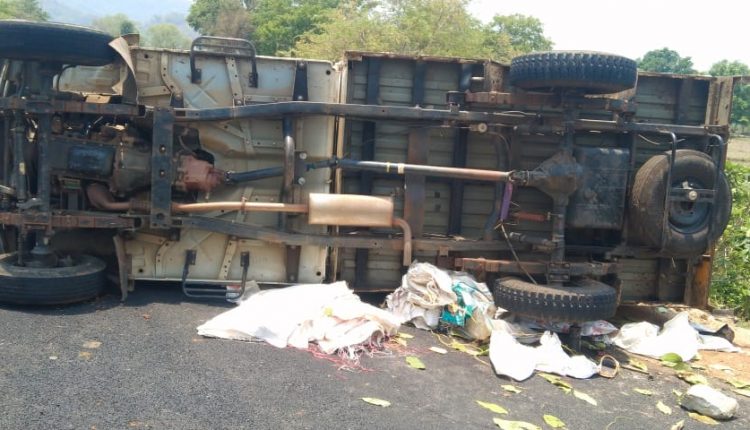 Malkangiri: Two persons were killed and 5 others critically injured as a pick-up van carrying them overturned in the district on Friday afternoon.

According to sources, 7 persons of MPV 29 village had gone to sell their stock of Kendu leaves in the mandi at Bhejangbada in the morning. While they were returning to their village, the van driver lost control while giving way to a bike rider. As a result, the van overturned at Badaliguda square under Kalimela police limits.

Two of the injured villagers succumbed while undergoing treatment in the hospital, while the condition of others was stated to be critical. The police have seized the pick-up van and launched an investigation after registering a case.